We wish that your move is safe and secure and according to your plan. As you all know that moving is a very stressful task and it needs some relaxation after completion.
So today in this blog we will suggest the top 5 best places in London and you must have to visit in UK London.
So letâ€™s discover one by one.

Big Ben is the London iconic timepiece. It is located at the north end of the Palace of Westminster in London. The official name for this tower is the clock tower which was further renamed as Elizabeth Tower in 2012 on mark the diamond jubilee of Elizabeth II. there is much historical relevance behind the popularity of Big Ben tower. Big Ben is also famous for its accuracy and great bell.if you are moving to London then donâ€™t forget to visit these best places in London.
The parliament of London and the big ben tower is the pride and iconic symbol of London for hundreds of years. It is impossible and hard to throw the iconic tower out of mind whenever thinking of London, Uk.
The clock is the world second largest four-sided chiming clock of the world stands at a height of 96 meters.
The Tower of London is located at the north bank of the River Thames. It is officially announced as the royal palace for her majesty.
The Tower of London is founded at the end of 106 as a part of the Norman conquest of England.
In the early of its history, it is used to serve as the royal residence.
Itâ€™s in the heart of London. It is one of the most popular tourist attractions sights. So if you move to London then donâ€™t forget to visit the Tower of London a 900-year-old castle.

It is located at the south end of the river Thames in London and it is 443 feet tall wheel and announced as the world tallest wheel and opened for the visitors in 2000. The wheel has a huge diameter of about 394 feet. You are amazed by seeing this huge monster from near and believe me you want to take a wheel ride to see the view of London. The London Eye is very good for the peoples to visit who love to fly high and donâ€™t have any kind of height fear. But keep in mind it is fully safe and you donâ€™t have to worry about any danger or mishappening occurring.
The ride duration is 30 minutes and you must have to ride at night because of the lights and the scenes that you donâ€™t want to miss at night.
You can book your tickets online from the London eye website.

The London tower bridge is unique and most famous and if you visit the London tower bridge then donâ€™t forget to bring your camera with you because the beauty and the scenes wonâ€™t allow going without making any memories with the bridge. You can move across the bridge for free without any cost. Keep in mind that you can move anywhere and experience the bridge for the 30-60 minutes and there is no restriction of bringing your personal belongings. About 400 workers helped in the making of the bridge and about 70,000 tons of concrete were sunk on the bed of Thames to support the bridge.
A design contest was held to choose the best design for the making of the bridge but sir HORACE JONES was approved among 50 countries architects and it is now one of the best places to visit in London.
There is also a museum on the site of a bridge that goes into the history of the bridge, you must like to view when you visit london

Would you believe that it is a 775-room royal class design palace located in the city of Westminster? As the palace is not open for the public to visit but during the summers you can visit the state apartment of the palace and see the queenâ€™s largest garden and the artwork collection.

On June 7, 1753, with the contribution of 71,000 objects from the collection Sir Hans Sloane, King George II founded the British Museum. There is a huge collection of old books, antiques and the drawing and specimen of many dried plants also.
British museum is located in the Bloomsbury area of London, united kingdom.
The British Museum was first opened for the general public on 15 January 1759 and later on the royal library is also included in it.
The British Museum has a collection of about 8 million works and most comprehensive in existence and originates from all continents.
There is also a portion for illustration and documents which shows the human history and culture with the passage of time.
The good news is that the museum is totally free of cost to visit and I swear that your mind blows when you visit this huge museum.

Letâ€™s dive into the world of adventure by visiting the sea life aquarium. It is the first interactive guide for anyone to direct with the life of the sea. If you love to see the technology and the biological expertise then you must have to visit the sea life aquarium. It is the largest aquatic life display in the world. Usually, it will take one and a half hours to completely visit the aquarium but it depends on you that how long you wanted to be there to experience the water life.
This is an indoor 28,000 square foot aquarium.
You must visit to explore the beauty of nature and the usage of the latest technology and architect in sea life London aquarium.

If you finish your journey and want to move elsewhere in the UK or Europe then consult with the UK Mover. UK Mover is the top leading removal company in UK London and we appreciate you reaching out. 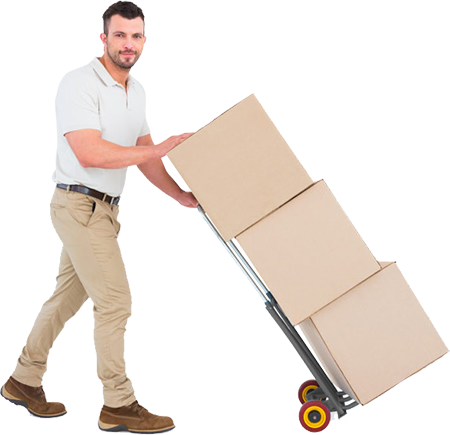